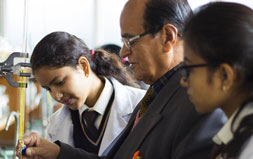 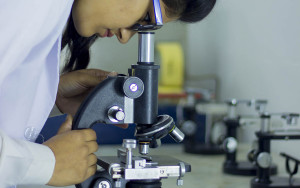 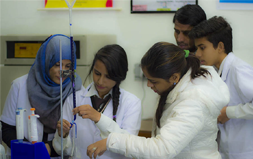 SIPAS is one of the Best colleges for bsc microbiology in Dehradun, Microbiology is the investigation of infinitesimal life forms, for example, microscopic organisms, infections, archaea, growths and protozoa. This control incorporates central exploration on the natural chemistry, physiology, cell science, environment, advancement and clinical parts of microorganisms, including the host reaction to these specialists
Small scale living beings have film bound cell organelles and incorporate parasites and protists, though prokaryotic living beings—which all are microorganisms—are expectedly delegated lacking layer bound organelles and incorporate eubacteria and archaebacteria. Microbiologists customarily depended on society, recoloring, and microscopy. Be that as it may, under 1% of the microorganisms present in like manner situations can be refined in detachment utilizing current means.[2] Microbiologists regularly depend on extraction or location of nucleic corrosive, either DNA or RNA groupi

Microbiology is one of the most challenging as well as interesting branches of life sciences. With
the emergence of new technologies, microbiology knows no boundaries. It deals with the study
of organisms, which are ordinarily too small to be seen by naked eye, i.e. microscopic in size. It
includes four major types of microorganisms, namely bacteria, viruses, fungi & parasites and
accordingly there are four divisions of micro-biology, i.e., bacteriology, virology, mycology &
parasitology respectively.

Aims Of B.Sc In Microbiology

1 To study microorganisms and their role in the universe.
2 To develop competence in microbiological techniques.
3 To build an attitude for continued self learning and to seek further experience for the
purpose of research in the chosen area of microbiology.

Microorganisms are closely associated with human life and their study has a wide application in
different areas related to mankind. According to the widely accepted theory of origin of life, tiny
microbes were the first to evolve. They play a significant role in the processing and spoilage of
foods (food microbiology); manufacturing of antibiotics and drugs (pharmaceutical
microbiology), causing of infections and diseases in human beings (medical microbiology),
animals (veterinary microbiology) and plant pathology, maintaining soil fertility (soil
microbiology); manufacturing of different products like chemicals, eatables, beverages etc. on a
large scale (industrial microbiology) and contamination remediation of the environment
(environmental microbiology). Microbes play a pivotal role in genetic engineering and
biotechnology. Also, bacteria have been used in space research. Besides, pathogenic microbes/
microbial organisms can also be used in biological warfare.